The CERVO Brain Research Centre expansion plans, made possible by the announcement last November of an investment of nearly 30 million dollars, including close to $24 millions from the Governement of Québec, are progressing.  Our architects have sent us new models of the project in development (click on an image above to expand it).

These infrastructure investments will support the work of  psychiatrist and physicist Pierre Marquet, holder of the Canada Research Chair in Neurophotonics, and the Neurophotonics team, in studies that aim to develop new approaches to mesure brain activity.  The researchers will use these novel approaches to detect early warning signs of mental illness (such as schizophrenia, bipolar disorder, depression or anxiety), specifically in youth, in order to accelerate diagnosis and permit early intervention, thereby reducing the effects of the disease. 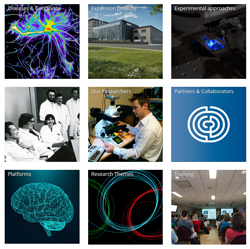