A unique team of researchers at Université Laval’s Cervo Brain Research Centre and the Centre for Optics, Photonics and Lasers, is collaborating on the next generation of neuroscience tools. Using their combined expertise in neuroscience, photonics, fibre-optics technology and materials sciences, the research team has developed a series of innovations that are allowing researchers to observe neurons in dialogue.

This team, which includes Daniel Côté, Yves De Koninck, Michel Piché, Younès Messaddeq, Benoit Gosselin and Réal Vallée will be awarded the Brockhouse Canada Prize for Interdisciplinary Research in Science and Engineering by the Natural Sciences and Engineering Research Council of Canada (NSERC).  This distinction recognizes the success of a team that has been working together for over 15 years to understand the brain through the development of innovative light-based tools, using the expertise of biologists, biomedical engineers, physicists and mathematicians.

This partnership between researchers of the Centre d'optique, photonique et laser (COPL) and of the CERVO Brain Research Centre has been extremely sucessful over the last 16 years, and has led to the development of tools and technologies which bring a better understanding of the brain in health and when it is affected by disorders like chronic pain, neurodegenerative disease and multiple sclerosis.  These technological advances will lead to better treatments and drugs.

This partnership is a fruitful alliance.  In addition to a better understanding of the brain, it has had a larger positive impact:

«The main outcome of our collaboration is the training of a new generation of researchers, at the interface between physics and neuroscience, and in the innovation generated at this interface, says the Director of the CERVO Brain Research Centre, Yves De Koninck. In addition, the economy of the greater Quebec city region benefits from the fact that existing or spin-off companies are commercializing these technologies.  Many of our students have obtained positions in companies in the area.  As examples, I can think of 5 PhD students who now work at the  Institut national d’optique and 5 or 6 alumni student-researchers who are now working at Doric Lenses. They were hired specifically because of their double expertise in photonics and neuroscience.»

Congratulations to the team for this well-deserved recognition! 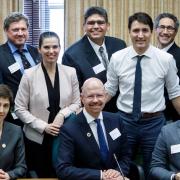 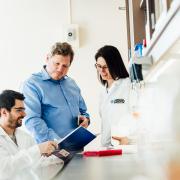 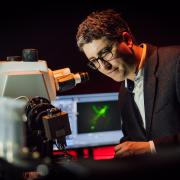 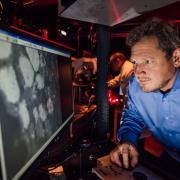 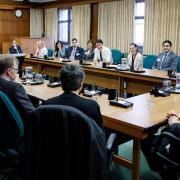 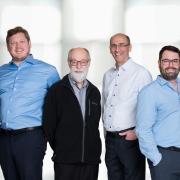