Discovery of mechanisms underlying the development of Fragile X Syndrome

Professor Edouard Khandjian studies the molecular mechanisms underlying Fragile X syndrome, which is an inherited disease that causes significant mental retardation.  Fragile X Syndrome is the most common form of hereditary mental retardation, and an important cause of autism which manifests itself in learning difficulties, language disorders and hyperactive or autistic behaviors. This syndrome is caused by the absence of Fragile X Mental Retardation Protein (FMRP), resulting from mutations in the FMR1 gene on the X chromosome.

The work of Professor Khandjian's team has shown that FMRP plays an important role in the transport of messenger RNAs between the nucleus of the cell, where they are produced, and the distant sites, such as synapses in neurons, where they are used to produce proteins locally. These researchers have shown that FMRP is present in microscopic complex structures in the form of mobile granules formed by messenger RNA and the molecular machinery necessary to produce proteins when they reach their destination. This important transport, which can occur over up to one meter in humans, allows cells to produce specific proteins where they are needed.

Professor Khandjian's discovery explains the role of FMRP in granule formation, and confirms the important role of granules in transport within cells. In the perfect absence of this transport, the development of neurons can not proceed normally, leading to the problems observed in people suffering from fragile X disease. This discovery could also help to understand other diseases involving proteins that bind RNA, such as amyotrophic lateral sclerosis and spinal muscular atrophy.

Hereditary Mental retardation with fragile X syndrome (FXS) affects about 1 in 5000 individuals worldwide. The syndrome is caused by the absence of the Fragile X mental retardation protein (FMRP), an RNA binding protein. FMRP associated with ribonucleoprotein structures bearing messenger RNA (mRNPs) seems to be involved in different stages of their transportation and their control of translation in neurons. However, the molecular mechanisms by which FMRP controls the regulation of the mRNA remains unknown. We are studying FMRP present in RNP structures called "granules" that contain repressed mRNAs to be transported away from the cell body to dendritic spines. These mRNAs are translated into proteins required to meet the local needs of the neuron. Loss of FMRP induces the formation of immature dendritic spines in both fragile X patients and in the KO mouse model and led to alterations in synaptic plasticity. 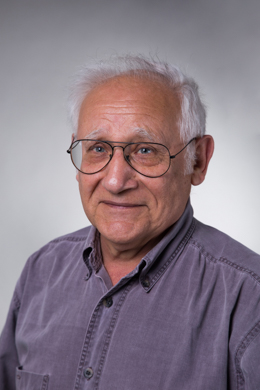