Dr. Jasna Kriz studies the role of brain immune cells, called microglia, in the healthy brain, in cerebral ischemia, and in neurodegenerative diseases such as amyotrophic lateral sclerosis.

Dr. Kriz has developed mouse models in which she can detect the activation of genes of interest by bioluminescence, and thus see which genes are activated or inhibited during brain damage, or in neurodegenerative diseases. These models make it possible to see the expression of genes in real time and in living mice, with great precision.

These mice represent a powerful tool for analysis to understand the evolution of the disease in living animals. They are also used to test drugs to see their potential to block or slow down the effects of brain damage and neurodegenerative diseases.

Dr. Kriz's research has led to a better understanding of the immune response in amyotrophic lateral sclerosis and frontotemporal dementia and cerebral ischemia, as well as sepsis and ischemia in neonates.

Her team is also involved in clinical and preclinical studies with a class of molecules, withanolides, which, when administered early, have increased the lifespan of mouse models of amyotrophic lateral sclerosis.

Dr. Kriz’s initial research program focuses on the biology and pathology of glial cells in the acute brain injuries as well as in the models of chronic neurological disorders.

Over the past years in Dr Kriz developed and validated series of mouse models of bioluminescence and fluorescence allowing the non-invasive and time-lapse imaging of processes associated with brain injuries and repair including inflammation, neuronal damage and regeneration. The strategy was to generate transgenic mice expressing dual reporters, the firefly luciferase (Fluc) and the green fluorescence reporter GFP, whose transcription is dependent upon the selected gene promoter. The Fluc bioluminescence is measured and quantified in living intact animals by using high sensitivity/high resolution cooled charged-coupled device (CCD) camera whereas high resolution fluorescence imaging can be done with microscopes equipped with two-photon laser scanning capabilities. These mice represent a novel powerful analytical tool for understanding in vivo pathology of chronic neurological disorders as well as for evaluating pharmacokinetics and longitudinal responses to drug therapies.

The following projects are currently active in the laboratory:

Dr. Jasna Kriz obtained her MD and PhD in Biomedicine & Health from University of Rijeka, Croatia followed by postdoctoral training at the Centre for Research in Neuroscience of McGill University, Montreal, Canada (1999-2003). 2004 she was recruited at Laval University, Quebec City, Canada where she presently holds a title of Professor at the Department of Psychiatry and Neuroscience, Faculty of Medicine Laval University. At 2006 she received prestigious R&D/HRF/CIHR (Canadian Institutes for Health Research) Career Award (Project entitled: Brain inflammatory response as a therapeutic target in cerebral ischemia). Her studies, using a transgenic model for selective ablation of proliferating microglial cells provided one of the first in vivo evidence of the neuroprotective potential of microglial cells in brain ischemia. Moreover, to study inflammation and brain recovery from living animals and in real time she developed series of novel biophotonic (bioluminescence and fluorescence) transgenic models for in vivo analysis of microglial activation/innate immune response, astrogliosis as well as brain recovery. These novel model-systems represent a powerful analytical tool for evaluating biocompatibility and pharmacokinetics of novel molecules as well as longitudinal responses to drug therapies. Moreover, recent studies from her laboratory showed that the biophotonic mouse models may serve to generate new knowledge in in vivo pathology and in development of immunomodulatory therapeutic strategies in acute in chronic neurodegenerative disorders. 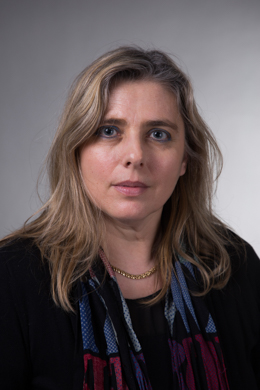