Members of the lab are interested in the human brain's ability to mentally represent others’ actions, emotions or states of mind. From a cognitive and social neuroscience perspective, his research program examines factors that may influence this ability, such as individual differences, learning, and brain plasticity, as well as the presence of neurological disorders (e.g., traumatic brain injury) or the psychiatric (eg schizophrenia). To do this, they use various methods of imaging of the human brain such as functional magnetic resonance imaging (fMRI), electroencephalography (EEG) and transcranial magnetic stimulation (TMS) to determine the involvement of different brain systems in the representation of the actions and pain of others as well as in more complex processes of social cognition such as empathy.

The most recent developments in the laboratory relate to the study of emotional states through the use of neurophysiological markers during human-machine interaction (virtual reality, virtual agents, video games).

Many of the lab's work is interdisciplinary and is done with clinical relevance in areas such as physical rehabilitation and psychiatry.

Philip L. Jackson, Ph.D. is a full professor at the School of Psychology at Université Laval, a regular researcher at the CERVO and CIRRIS centers, co-responsible for research at the International Observatory on the Societal Impacts of Artificial and Digital Intelligence (OBVIA) and co-responsible for the Immersive Technologies in Rehabilitation (IRT) platform at Cirris. He is also a member of the College of New Researchers and Creators of the Royal Society of Canada. 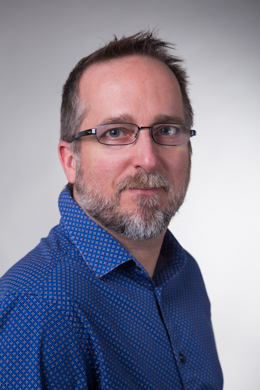