Dopaminergic Circuits in Reward and Aversion 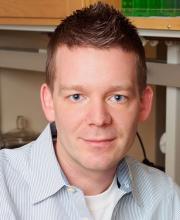 The mesocorticolimbic dopamine (DA) system, composed of DA neurons in the ventral tegmental area (VTA) projecting to nucleus accumbens and prefrontal cortex, has been intensively studied because of its importance in reward processing and drug addiction. Importantly, while VTA DA neurons were thought to represent a homogeneous cell population, recent research has demonstrated a much greater diversity of DA cell type and function than had been previously supposed. Accordingly, VTA DA neurons encode much more than reward and also contribute to negative affect such as aversion and depression. How DA neurons could mediate both reward and aversion is currently unknown and an important goal of the research in the lab. In my presentation, I will discuss recent work from the lab that has elucidated the circuit architecture and function of the reciprocal connectivity in the mesolimbic DA system (Yang et al., 2018; Neuron). Moreover, I will discuss unpublished data that demonstrate the identification of a subcircuit within the mesolimbic DA system that is involved in encoding conditioned aversive signals. Collectively, our results suggest that we need to develop a new perspective on the DA circuitry that will guide future treatment strategies for addiction and other neuropsychiatric disorders where dysfunction of the neural systems underlying motivated behaviors have been strongly implicated.